Microsoft recently did a rebranding of its cloud storage service which was previously known as SkyDrive, and now known as OneDrive, but apart from that, the Redmond company also rebranded Office Web Apps to Office Online. The cloud storage war has just been made more interesting with these companies providing new features, and more online storage space for cheap. In this post, we’re going to compare the pricing of all the four best cloud storage providers such as: Dropbox, Google Drive, OneDrive and SugarSync.

While every cloud storage service tries to attract users with their unique features, for many users, pricing is an integral part because in the future, those users may think to upgrade their account with more storage space which is going to cost money. Some cloud storage services allows you to pay monthly, while some allow you to pay annually. 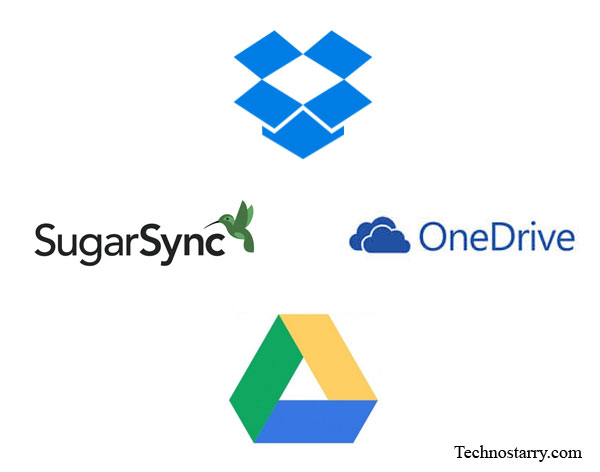 Google Drive has recently slashed its prices by more than half, which makes it an attractive option to consider if you’re planning on to purchase additional storage space in the future. But that doesn’t mean you shouldn’t consider looking at other cloud storage services like Dropbox, OneDrive and SugarSync. These too have their own set of features, but currently the cheapest of the lot is Google Drive. So without any further ado, let’s compare prices of all these popular cloud storage services.

Also Read: How To Get More Free Storage Space On OneDrive (Previously SkyDrive)

Note that when opting for a cloud storage service, you shouldn’t only consider the pricing, but also the set of features provided. For example; Google Drive and OneDrive offers an online Office suite which allows you create and edit Office documents like Word, Excel and PowerPoint online. Likewise, you should compare other such features that these cloud storage services provide, and then wisely choose one.