This million dollar question may be haunting some of you. We all know that there is not much difference between iPhone and iPod Touch. Applications that run on iPhone can also run on iPod Touch. Both run on the same operating system – the iOS. Both share essentially the same hardware, with some minor differences. But with the recent release of iPhone 4S, this question is not easy to answer. Deciding one device between iPhone and iPod Touch for entertainment and gaming needs is not that easy. In this post, I will try to clear out this dilemma so that you can know which device suits your needs.

What makes these devices, the hot gadgets is the brand “Apple”. Both the devices are already much popular and sell like hot cakes. Since their release, there have been many new models (generations) and thousands of applications are added to the App store.

First, let’s talk about the iPhone 4S. 4S is newest player in town and the most powerful smartphone till now. Benchmarks by some popular technology sites have revealed that iPhone 4S is the fastest and the most powerful smartphone till date. This new phone changes the rules of the game, again. Whenever other companies think they have launched the best product in the market, Apple exceeds our expectations. As always, the more the competition, the better it is for consumers.

iPhone 4S has A5 ARM CPU, and this same CPU is already powering the iPad 2. This new faster and meaner processor will definitely improve apps and gaming performance. But is the CPU the deciding factor? Answer is no, and there are many other things to consider.

Now let’s talk about iPod Touch. iPod Touch 4th Generation features Apple A4 processor. Apple has not revealed this tech details on its official website and that’s kind of strange why they should hide processor details from its official tech specs page.

Screen size is same for both the devices. Both feature 3.5-inch multi-touch display with 960 x 640 pixel resolution and 326 pixels per inch. Apple calls this display as “retina display”.

Camera and video quality is one area where iPhone wins. But not all of us are really in need of super good camera. iPhone features 8 megapixel camera with HD (1080p) video recording, whereas iPod Touch records video in HD (720p).

One more question that may come to your mind – Is it wise to compare tech specs between iPod Touch and iPhone. We are doing this just for comparison sake. The purpose is to give you an idea of what lies under the hood of these devices.

Now let’s talk about software dilemma. There’s no need to worry here, as both devices runs on iOS. Apple calls iOS as a revolutionary operating system. Its pretty stable and what makes it so special is the vast choice of apps available for this platform. Some are free and some are paid, so get ready to shell out some bucks.

iPod Touch – Is it good for entertainment needs? 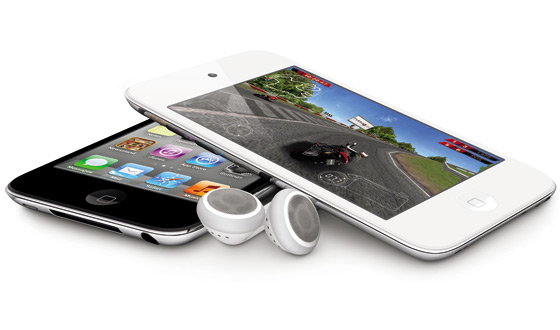 That’s what iPod is made for in the first place. iPod Touch is also called as PMP (portable media player). It is portable and can store your thousands of songs, videos and capture those personal moments, so that your beautiful memory lives on.

So finally if you have decided to go for “touch”, and confused between its different models, then the answer is pretty simple. You just need to select the model depending on your storage needs. There are three models available – 8 GB, 32 GB and 64 GB. The 8GB model costs $199, 32GB costs $299 and 64GB model costs $399. There are two color options available: Black and white. The new iPod Touch White model is recently launched at “Let’s talk iPhone event”.

In future, you will be paying just for purchasing apps and no expense on data connectivity. For iPhone, you will need to select a carrier and get a phone plan and shell out some money for that. There are no such expenses in iPod Touch.

So after all this long discussion, the conclusion is that both the devices are suitable for your entertainment (or gaming) needs. The only major difference at this time is that iPhone is much more powerful, has better set of features and let’s you call. Whereas in iPod Touch, calling (phone functionality) is not available. The only connectivity option in iPod Touch is Wi-Fi and Bluetooth. Hope the next generation (more likely 5th generation of iPod Touch) also include the support for 3G data connectivity, so that we don’t have to search for Wi-Fi zones everywhere. I hope Apple is listening.

If you already own a smartphone and want a device for entertainment needs, then go for iPod Touch. And if you are thinking to buy a new phone and also want an all round gaming plus entertainment device, then iPhone is what you should go for. Whichever device you buy, expect it to be outdated within a year. Apple keeps on rolling out new hardware from time to time and thus the device becomes outdated and out of fashion within a year. But that’s how all Apple products are.

Related: When is The Right Time to Buy Apple Products